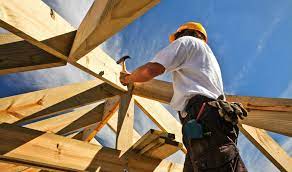 The website builder and block editor are consolidated within the WP community. And even for devs, it’s useless to lose time with layouts when you can build templates in just minutes.

So, if using them is important, how can devs choose the best option? Well, except for UI features, we should always look for three aspects:

By all means, if a builder could damage or crash your code, interfering with other plugins and exposing WP Core more to fatal errors or even hacking, then It should be removed. Lastly, if a developer needs to choose a builder, he should definitely look for people with wide possibilities to build good docs and extensions.

The possibilities here seem endless. Although the WP developers haven’t provided a comprehensive documentation on that yet, there’s basically nothing you can’t do when you extend the block editor.

The only problem with dealing with Gutenberg’s extensions may be the way you need to proceed. The block editor relies almost entirely on a single JS logic, and for those who are used to building extensions exclusively in PHP, this can be a bottleneck.

Basically, any custom block must be built using JS and CSS assets and PHP to register the block – the rest of the work should be done using JavaScript, with hooks like enqueue_block_assets And enqueue_block_editor_assets. Also, building extensions for the block editor requires a good knowledge of the workings of npm and webpack when building new blocks.

This is definitely our favourite. It achieves a straightforward OOP logic and a comprehensive documentation, with examples and boilerplates that make expanding core features somewhat easy and hassle free.

It is relatively new, but is rapidly growing in popularity. Elementor has almost the same possibilities in terms of detail as in Beaver Builder, and even the docs are pretty much the same. Hooks, eg, little boilerplate – so extending core features is never a problem.

If one puts Elementor forward, it will be coding logic. Elementor’s OOP design is much simpler than Beaver’s, although this latter also has a more modern coding approach. Considering the upcoming new versions and how the developers of Beaver Builder are updating the platform, we can certainly expect some improvements.

Another good option, although its docs rely more in actions and filters than proper code structures. Thrive can certainly be extended in a number of ways, but it forces the devs to assemble the best ways to do this.

Again, this is also a relatively new plugin, so the next versions may come with more sophisticated documentation targeting the community.

The Worst (Or Not The Best) Builders For Devs

Sometimes builders are built just for designers or even users. They look nice and clean for anyone who can’t see through the code and demonstrate. In 2021, there are good scripts and open source versions of the platform that the community relies on to create new features and possibilities. Having said that, if you’re still in software-in-the-box Industry, forget about the devs using your product.

The plugin is heavy and heavily dependent on JS for both the visual editor or rendering pages and templates. JS dependency management uses dated technology and logic, and lacks a good structure.

The PHP side is also a bit confusing. One gets the impression that the new code is stacked on top of the older versions as it arrives. The documentation basically focuses on users rather than devs and there is no open source or free version available, which makes things even more challenging.

Although SiteOrigin’s docs and coding structure aren’t all bad, and an open source version is available for devs, the builder itself looks a bit outdated compared to the competition.

Most of the documentation includes hooks that can be used to modify and filter the behavior of the builder and some recipes can help develop extensions. However, the platform lacks some of the modern approaches and features that have already been consolidated by Elementor, WP Bakery, and others.

Divi is an interesting builder, but is almost entirely React-based, and many WP developers are not completely comfortable with it. Also, the documentation for devs is vague and is not intended to allow any extreme changes or customizations. In other words, if you only want to create new modules and elements to render (and can deal with JSX coding) you’ll be safe. Otherwise, you’d better just use the visual editor and nothing else.

And yes, there are some other builders worth a look, like Oxygen or King Composer. We couldn’t specifically examine them both in depth, but while the first seems to be in a very early stage (though actually looks great), the latter lacks updates and never developed a large community. Is.