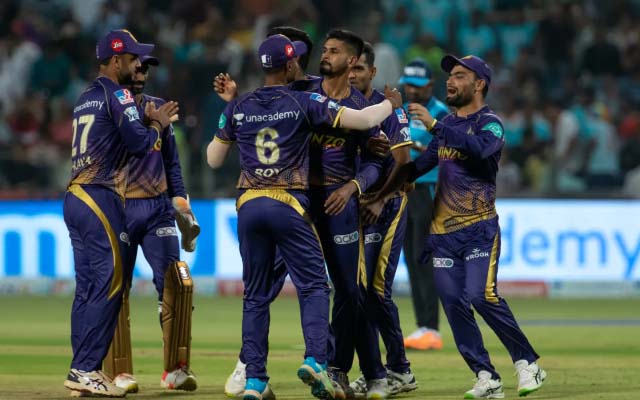 Kolkata Knight Riders and Sunrisers Hyderabad will face each other in the 61st match IPL 2022It will be played at MCA International Stadium in Pune. KKR were the runners-up of the last IPL season, then SRH were at the bottom of the points table. Both the teams have scored five wins so far this season, with KKR playing one match more than SRH. Both the teams have played twice this season in Pune, with KKR winning one and losing one and SRH losing both. When these two teams faced each other earlier in the season, SRH won by seven wickets.

Meanwhile, KKR’s opening pair can finally put up a half-century partnership in the last match. Nitish Rana and Rinku Singh are the in-form batsmen in the middle order. Tim Southee, Andre Russell and Sunil Narine have been the top bowlers for the Knight Riders this season.

After winning five games in a row, SRH have lost tempo with four losses in a row. The form of their captain Kane Williamson is a matter of concern. Abhishek Sharma is playing good innings for the team and Rahul Tripathi is consistently performing well in the middle order. After having one of the best units in the first half of the season, SRH’s bowlers have been off-color in the second half.

Meanwhile, here are some important stats and numbers ahead of the match 61 between Kolkata Knight Riders and Sunrisers Hyderabad in the Indian Premier League 2022:

head to head: Both the teams have faced each other 22 times in the IPL, with KKR winning 14 and SRH 8.

0 – SRH are yet to win the IPL 2022 by batting first. All five of his victories have come chasing.

1 Sunrisers Hyderabad have won only one of their five IPL matches played in Pune.

1 – Nitish Rana needs to hit another boundary to reach 150 for KKR in the IPL.

7 Kolkata Knight Riders have won seven out of the eight IPL matches played in Pune.

49 Runs scored by Sunil Narine in eight innings in IPL 2022.

51 – Runs scored by Andre Russell off Bhuvneshwar Kumar in 21 balls, while getting out only once in IPL.

Previous Post
Best WordPress Photo Gallery Plugins in 2022
Next Post
Has the heat wave turned the IPL upside down?