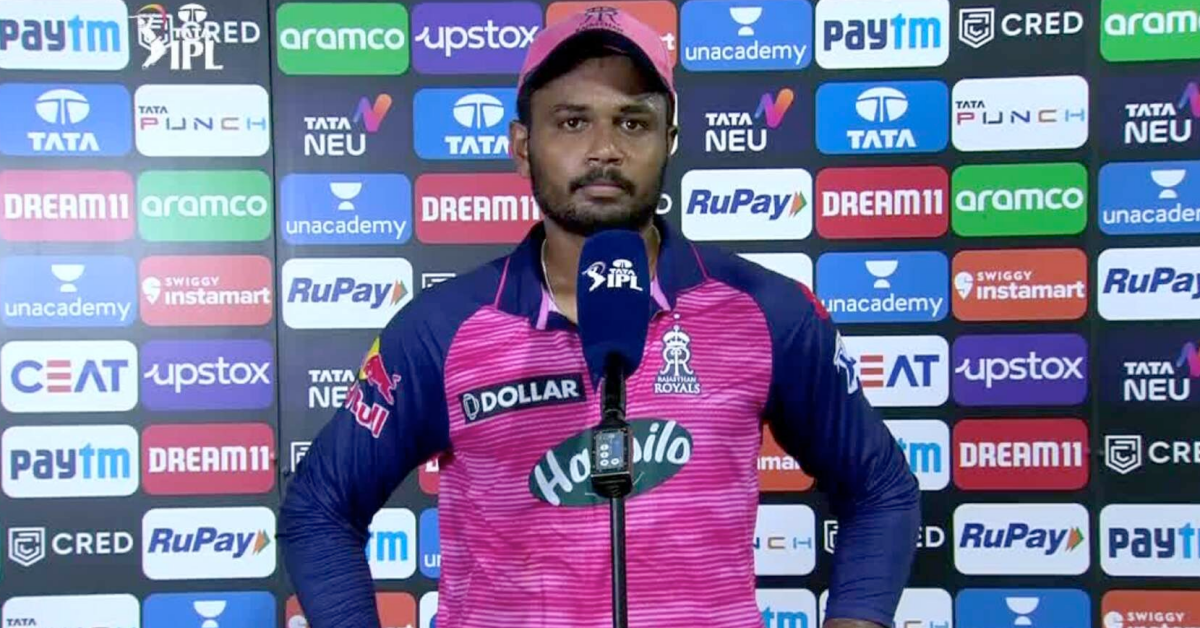 Sanju Samson-led Rajasthan Royals registered a thumping win over Lucknow Super Giants by just 3 runs at the Wankhede Stadium here on Sunday. RR has been defending well this season as they have all three of their games to defend the target.

The catalyst for them was Yuzvendra Chahal who scored 41-4. After the game, Sanju Samson praised him. His economy may be high but he has picked up important wickets in the game.

For the most part of the first innings, it looked like RR were down and out as they lost 4 for 80. But Ravichandran Ashwin and Shimron Hetmyer had a nice little partnership in the middle that got things back on track for RR. Hetmyer then used his power-hitting abilities in the last few overs to take RR to a competitive total of 165 runs.

Trent Boult gave him a great start in the bowling and took two wickets in his very first over.

After 3 wickets fell inside the powerplay, Deepak Hooda and Quinton de Kock tried to revive the innings, but Hooda lost his wicket in the ninth over while chasing a big shot against Kuldeep Sen.

LSG could not recover from the initial setback as they kept losing wickets in the middle overs as the required run rate was piling up all the time. In the end, Stoinis tried his best but could not get his team over the line.

Sanju Samson was a happy captain as he admitted after the game that he had no idea that his team was now at the top of the table. In the post-match presentation he said: “It feels good to be on top of the table.”

On giving the last over of the game to Kuldeep Sen, who was playing his first game of the tournament, Samson said: “It depends on how he bowled his first three overs. Felt that he has done well and he (talking about Kuldeep Sen) is confident that he will execute his wide yorker which he has been working on in the off-season. Saw him in Syed Mushtaq and he was doing his wide yorker.

When asked about Trent Boult’s performance, he revealed that: Before the first ball, Boult came up to me, told me ‘Sanju’s change of plan, I’m going around the wicket, and going straight to his feet and hit that bowling’. It’s fun to be around and his skills are admirable.”

On Yuzvendra Chahal’s brilliant performance with the ball, he said: “Chahal is the kind of player who can be given the ball anytime in 1-20 overs. He is the greatest legspinner, if I can say that India is currently seen. Thought why not use it more in the end when the pressure is high.”

The RR batsmen didn’t have the kind of game they would have liked but their bowlers worked for them.