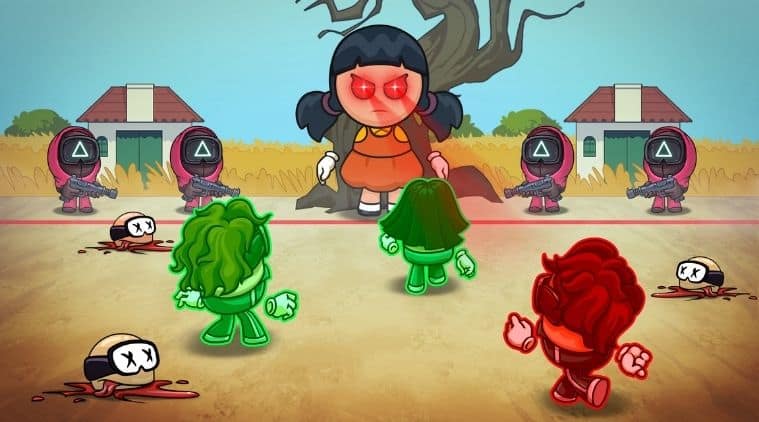 Indian game studio, Supergaming has finally released its ‘Squid Game’ inspired mode in Silly World. Named ‘Squid Royale’, the segment has crossed 700,000 pre-registrations and will be available for a limited time only.

Starting today, players who have already registered will be able to access the ‘Red Light, Green Light’ level in Early Access. To unlock Game Mode, users must complete a set of in-game objectives such as playing 10 games of Silly World, adding up to five friends, achieving 1200IQ, and sharing the game on Instagram.

An average Squid Royale lobby will allow up to 12 players to participate in a ‘Red Light, Green Light’ game. Just like in the show, players must reach the finish line without being spotted by the giant doll. Winning the game gives access to skins inspired by the game’s major characters such as Frontman, Old Man Name, and more.

The developers revealed that in the coming weeks, other levels like Tug of War, Dalgona Cookie, Marble Game and Glass Bridge will also be added. Before its release, developers were also paying their players loads of in-game currency for hitting set milestones.

“Squid Royale is poised to become the most popular mod in Silly World, garnering over 700,000 pre-registrations in the first week,” said Christel D’Cruz, co-founder and general manager of Silly World, in a press statement. “We are humbled and grateful for the response of our fans to the mod and hope they enjoy playing it as much as we enjoyed creating it.”

Developed by Supergaming, Silly World is a Made-in-India real-time online multiplayer game, best played with 4-12 players in a haunted mansion or prison. With over 10 million downloads, the title features a handful of party game modes, such as Jailbreak, Hide and Seek, Murder Mystery and the brand new – Squid Royale.

The game also includes interactive features like voice chat and emoticons and even lets you customize your own silly avatar. Silly World’s Squid Royale mod is now available to download for free on Android and iOS.