‘Umran Malik storm is blowing everything’ 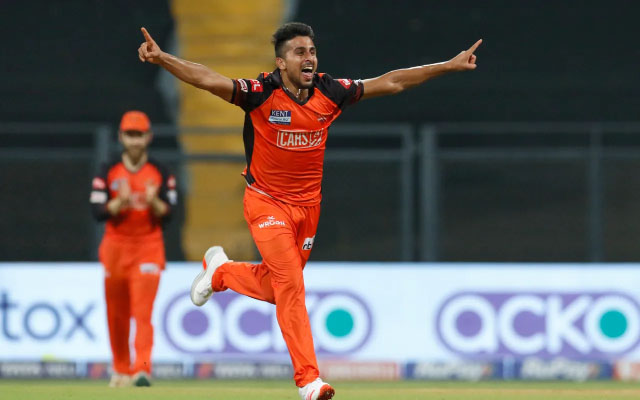 Umran Malik The game between Sunrisers Hyderabad and Gujarat Titans produced a master class of fast bowling and Indian cricket fans could not stop their excitement over the fast bowler and even former finance minister P Chidambaram paid attention to the youngster. gave. The 22-year-old took his first five-wicket haul in the IPL and finished with figures of 5 for 25 in his 4 overs in a relatively high-scoring game.

Malik came into the attack after the powerplay and dismissed Shubman Gill with a straight delivery. He hit Hardik Pandya on the shoulders off the very first ball and picked him up with a bouncer with a brilliant field set in his next over.

When Gujarat looked to be running out of the game, Malik was in front of them with his raw pace and picked up the next three wickets of Wriddhiman Saha, David Miller and Abhinav Manohar to turn the pace on his side in a hurry. favour. However, despite Malik’s brilliance with the ball, Gujarat Titans found a way to hit boundaries in the final overs and a scintillating finish from Rashid Khan and Rahul Tewatia secured another victory for the Hardik Pandya-led side.

BCCI should give a special coach to Umran Malik: P Chidambaram

Coming back to Chidambaram’s tweet, the senior Congress leader felt that Malik was unstoppable at his pace and marked him as the discovery of the IPL this season. he suggested BCCI Provide him a special coach to take care of the young player and take him to the Indian team.

“Umran Malik is storming everything in its path. The fast pace and aggression are worth watching. After today’s performance there is no doubt that he is the find of this edition of IPL.”

“BCCI should give him a special coach and get him in the national team quickly,” he added.

Umran Malik storms blowing everything in its path

The fast pace and aggression are worth watching

After today’s performance there is no doubt that he is the find of this edition of IPL.

Previous Post
Australia’s tour of Sri Lanka to continue despite national crisis
Next Post
GT vs SRH: Watch – Rashid Khan and Rahul Tewatia scored 22 runs in the last over of Marco Jensen, GT won the match by 5 wickets